The table of conformity of figures

Dating of Arabian coins more often on Muslim system - Hijra - from date of resettlement of the founder of Moslem doctrine from Mecca to Medina which has in 622 year, July, 16. Lunar year is shorter solar, therefore for translation of year Hijra the following formula is used: Y=H*0.97+621,6, where Y - year of a Christian calendar, H - year Hijra. In Afghanistan since 1932 (and also in 1920-1928) and in Iran since 1926 on coins solar year Hijra is underlined. Year of a Christian calendar: Y=H+ 622 (+ - 1). Coins of Ottoman empire has two dates - year of the introduction on a throne of the sultan (on lunar Hijra) and year of board. For definition of year of release of a coin it is necessary to combine both figures and then to translate the received date Hijra.

Thailand. On the Thai coins there may be years Bangkok era (the beginning - 1782 of our era), and also years of era Chula Sakarat (the beginning - 639 year of our era). Years of era Chula Sakarat meet also on coins of Burma and Kampuchea.
The modern Thai calendar was introduced in 1888. The summer reckoning is carried out on sunny years from the beginning of the Buddhist era (543 year). That is, to determine the date on the coin of Thailand you just need to subtract 543. 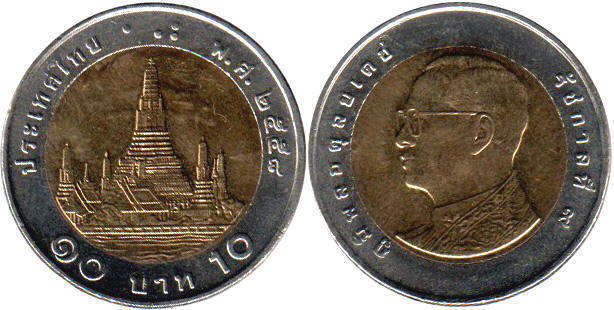 Dating of Chinese coins. On the Chinese coins, up to an establishment of republic in 1911, years are specified mainly on cyclic system by two hieroglyphs. In this system consecutive years are united in cycles for 60 years in everyone. Each year inside a cycle has the hieroglyphic designation. To determine year of release of a coin, it is necessary to establish the period of its release on the hieroglyphs designating era. Sometimes on the Chinese coins years of this or that era, for example, 23-rd year Guanekoi that corresponds to 1898 of our era were specified. But more often on coins era that allows to define only the period of release of a coin is designated only. With 1911 for 1949 on the Chinese coins year of republic was put down. For example: 5-th year of republic that meets to 1916.

Dating of Korean coins. The Korean coins of different times are dated years of various systems where the account is conducted since 2333 B.C.., with 1394, 1896 and 1907 of our era. 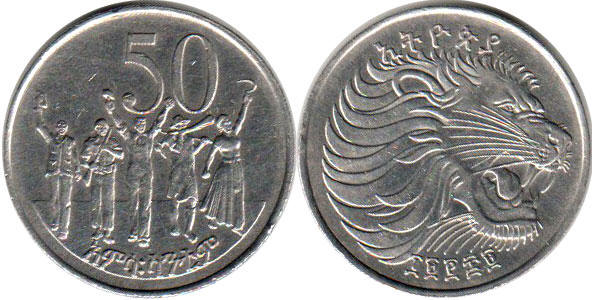